Two weeks ago people up and down the country celerbrated Changing Places Awareness Day. To mention but a few, in Derbyshire campaigners ran 23 kilometres from Cromford village to Proact Stadium (Chesterfield), in Manchester supporters held a party in a Changing Places toilet, in Glasgow BBC Ouch broadcast a special live facebook podcast and there were many, many more who did a fantastic job of raising awareness of the life changing Changing Places Campaign. 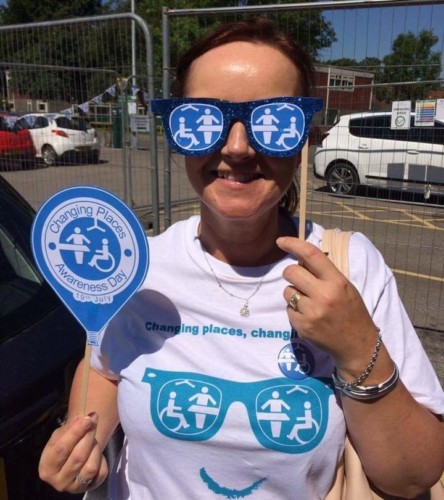 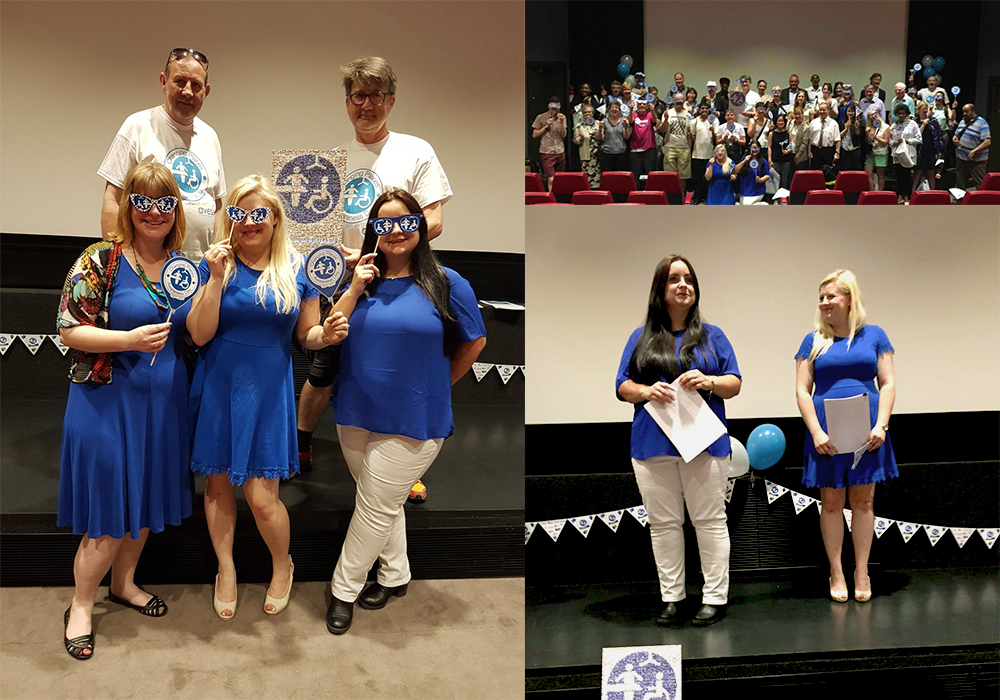 At the Barbican Cinema in London, we held a CPD seminar for campaigners, access consultants, architects and CAE members. Designed to educate and explain the standards / recommendations, technical details and important considerations required in a Changing Places, we were blown away by the attendance and positive feedback received by those who came in support of the Campaign.

One such attendee was Lloyd Page, a volunteer at Mencap. Lloyd kindly shared his thoughts on the day. Please find his article below:

Last week, the Changing Places campaign celebrated our 10th Anniversary with an event held at the Barbican Cinemas. At this event there were selfie props for us to take photographs which we had fun using.

We were given Changing Places goodie bags which included the Practical Guide and I received a copy of the Access in London Guide Book. We also had a presentation from Wendy and Rosie from Aveso, who sponsor the campaign. They talked about Changing Places design and best practice.

My favourite part of the day was meeting lots of new friends and seeing my old friend, Beverley Dawkins, who used to work with me at Mencap, and now she works at Generate.

Mike and Raymond ran to four landmark Changing Places venues in London and launched the #howfarwouldyougo? Awareness campaign promoting the national map and register which was developed by the British Toilet Association and the Changing Places Consortium funded by the Department for Communities and Local Government. They ran from Barbican Centre to City Hall to Tate Modern and crossed the finishing line at Houses of Parliament.

They both had a great day and were supported by campaigners at the start and finish of the run. They also met Jack Dromey MP at the Houses Of Parliament; he is a great supporter of the Changing Places campaign. The run took two hours and it was a great journey along the Southbank on the hottest day of the year. 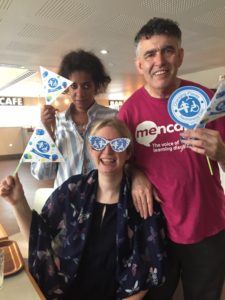 I first got involved with the Changing Places campaign after I attended an All Party Parliamentary Group on this campaign. It made me think,

“I can get involved in this!”

My hope is that we can carry on campaigning into the next century. In the words of Buzz Lightyear:

“To infinity and Beyond.”

I would like to say a big thank you to Aveso, CAE, British Toilet Association, and Mencap for organising this wonderful event.

If you would like to find out how to get involved in next year’s CPAD, please click here